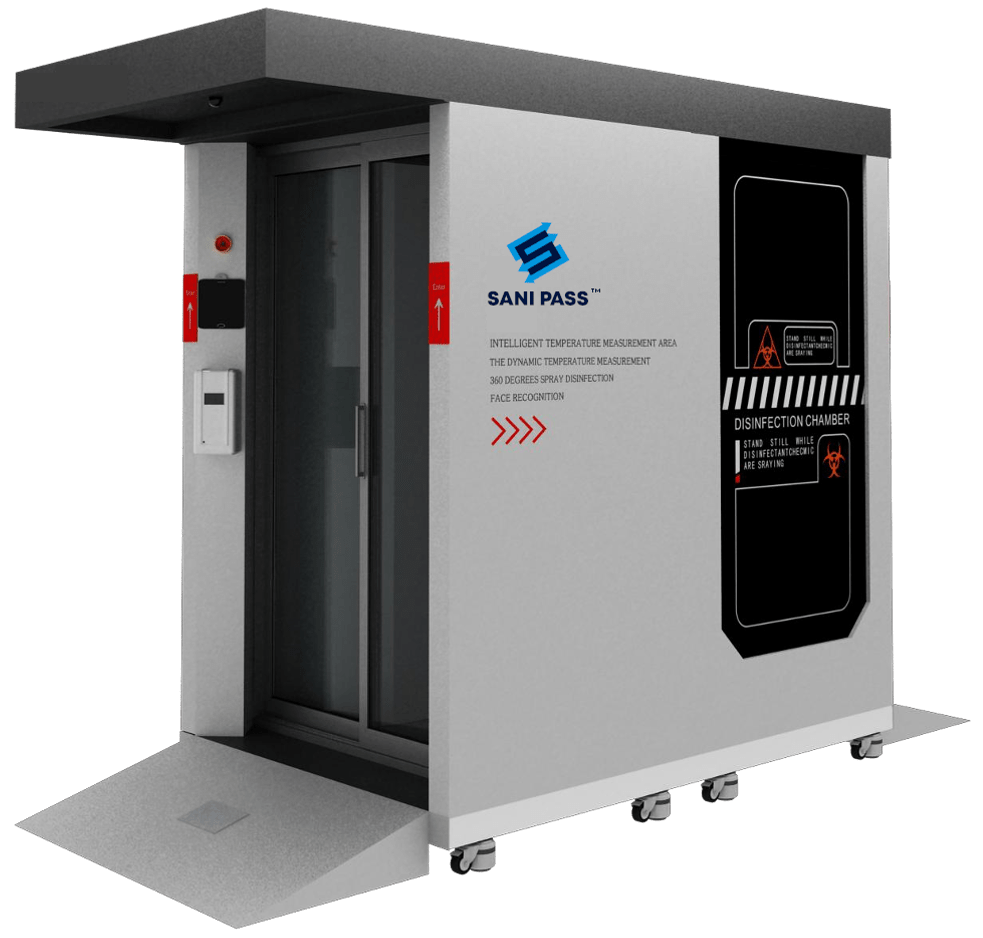 A coronavirus disinfectant device installed June 16, 2020, at the entrance to the residence of Russian President Vladimir Putin, outside Moscow. (Screen Capture: Twitter)

MOSCOW, Russia — Visitors meeting Russian President Vladimir Putin at his country residence must first pass through a walk-through device that sprays them with disinfectant, to protect him from the coronavirus, officials said.

Putin has been self-isolating at his Novo-Ogaryovo residence outside Moscow under lockdown, although he made a public appearance without a mask at an outdoor event on the June 12 Russia Day holiday.

As part of precautions to protect the president, visitors walk through the device and get sprayed from above and the side, a video posted Tuesday evening on Twitter by Kremlin pool journalists from RIA Novosti state news agency showed.

The authorities in Penza region east of Moscow where the device was made boasted that it “ensured the safety of the head of government and all those who visit him.”

The Penza regional government said the president’s staff got in touch with the Russian manufacturing company, which until the virus outbreak specialized in automatic cleaning equipment for industrial use.

The device includes facial recognition technology and can take people’s temperatures, according to the manufacturers.

The Kremlin has imposed a range of measures to protect Putin including regular virus testing of the leader and all those who come into contact with him.

Visitors have to take a virus test before meeting Putin, his spokesman said.

The president began holding video conference calls with officials in April, although there have been a few exceptions. For example he was shown meeting in person with the chief of oil giant Rosneft, Igor Sechin, on May 12.

Despite these measures, some in Putin’s circle have caught the virus, including his spokesman Dmitry Peskov, who said, however, that he had not met the president recently enough to have infected him.

In an apparent close brush with the virus in March, Putin was shown on television shaking hands with the chief doctor at a Moscow virus hospital while neither was wearing a mask. The doctor, Denis Protsenko, soon afterwards tested positive.

The elaborate precautions protecting Putin sparked anger from some as the Kremlin has ruled it is safe to hold a national vote on July 1 on constitutional changes that would allow him to serve another consecutive Kremlin term.

“Let them install this know-how at every polling station and then hold a vote,” wrote a commentator, Aleks, on the website of Komsomolskaya Pravda tabloid.